Shooter fans from the Turbo days remember this one with fondness. Of the first batch of Turbochips thrown at american audiences was Blazing Lazers, a vertical scrolling shooter that just let ya keep powering up tremendously until you thought your brain would explode. Why so many power-up levels? A good question.
A full review of Blazing Lazers will be coming in the months ahead. Check back for the latest updates. 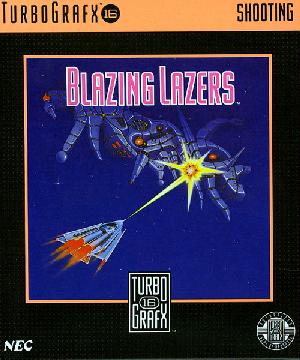 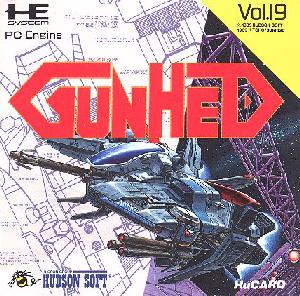 Enter the sound test mode, then enter the level select mode. Set the sound number to the level you want to start on. Now hold buttons I and II and press start. You will start with 10 lives, 10 bombs, and when you die you will come right in instead of starting at the stage checkpoint.

At the title screen, hold SELECT and toggle the direction pad Left and Right rapidly. You will know it worked when the screen shows only planets on the screen. Now press Button I, Button II, then press Select 21 times. A tone will confirm the code.

When you get to the first boss, don’t shoot him. If you can dodge enough bullets he will leave and reward you with 16 lives and 36 bombs!

While on the Debug Mode screen, hold the d-pad DOWN and LEFT. The system will restart and you’ll be invincible.

During the intro or the title screen, hold Select and quickly alternate between pressing right and left. After enough right/left alternations, the intro will fade and bring up the sound test.

Note: Codes not yet tested by me and obtained via the internet.